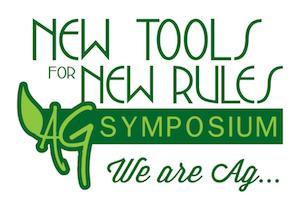 Not so long ago, families operated relatively small farms, and a farm of many hundreds of acres was considered a large operation. Today, an ag producer has to be much larger as the economies of scale dictate his or her standard of living; it’s not uncommon to encounter farmers working thousands of acres. The level of sophistication to keep pace has escalated dramatically.

But farming like this also demands smarts. Lots of smarts. Today’s producer is an economist, a broker, a banker, a transportation company and a very, very busy professional. Staying on top of the latest trends and innovations will ensure that he or she is able to keep pace with the rapid change facing the life of the 21st-century farmer. At one time, attending conferences and seminars was viewed as a luxury or a nice-to-do kind of thing. Not anymore. Professional development is the only way a farmer can keep a finger on the pulse of this dynamic industry and not neglect their business.

South Central College, the most respected name in Agricultural education in southern Minnesota, is embarking on a program to address the needs of the modern ag producer. Taking their cues from other top-flight national conferences, SCC will be hosting its annual Agricultural Symposium on Wednesday, February 19, 2020, at the Kato Ballroom.

And unlike other professional development seminars where the event’s profits go to the promoter, all net proceeds from New Tools will benefit student scholarships and agricultural programs at South Central College as well as the college’s non-profit Foundation. This will provide resources for ag-related scholarships, purchase state-of-the-art lab and instructional equipment, and more.

Parking will be available in the Kato Ballroom parking lot.

Register online by February 8 to receive discounted tickets ($99.00 each).

Neel Kashkari has been president and chief executive officer of the Federal Reserve Bank of Minneapolis since January 1, 2016. In this role, he serves on the Federal Open Market Committee, bringing the Ninth Federal Reserve District’s perspective to monetary policy discussions in Washington, D.C.

In addition to his responsibilities as a monetary policymaker, Kashkari oversees all of the Bank’s operations and was instrumental in establishing the Minneapolis Fed’s Opportunity & Inclusive Growth Institute, whose mission is to improve the economic well being of all Americans.

Kashkari earned his bachelor’s and master’s degrees in mechanical engineering from the University of Illinois at Urbana-Champaign. He went on to become an aerospace engineer, developing technology for NASA missions. But he eventually turned to finance and public policy, earned his MBA from the Wharton School at the University of Pennsylvania, joined Goldman Sachs in San Francisco and served in several senior positions at the U.S. Department of the Treasury, including overseeing the Troubled Asset Relief Program, or TARP, during the financial crisis.

Before joining the Minneapolis Fed, Kashkari ran for governor of California in 2014 on a platform focused on economic opportunity.

Kit Welchlin grew up on a hog and dairy farm in southern Minnesota and began public speaking at the age of 9 in a 4-H public speaking contest. At age 21 he purchased his first manufacturing company, and by age 26 served as C.E.O. and Chairman of the Board of three manufacturing companies in three states. In 1991, Kit started Welchlin Communication Strategies and Seminars On Stress, providing speeches and seminars to private and public organizations. Kit taught part-time for 26 years for the Minnesota State Colleges and Universities, where he received the Teaching Excellence Award and was repeatedly nominated as Outstanding Faculty. He is a Professional Member of the National Speakers Association and has earned the Certified Speaking Professional designation. In 2014, Kit was inducted into the Minnesota Speakers Association Hall of Fame. He has delivered more than 3,000 speeches and seminars to more than 500,000 people over the past 27 years.

Dr. Wendong Zhang has been an assistant professor in the Department of Economics at Iowa State University since August 2015. His research seeks to better understand the U.S. farmland market, agricultural nutrient runoff, conservation practice adoption, and Chinese agriculture. Dr. Zhang is also affiliated with the Center for Agricultural and Rural Development (CARD).

Dr. Zhang is the leading researcher of the Iowa Land Value Survey and the Iowa Farmland Ownership and Tenure Survey. He also co-founded the new ISU China Ag Center jointly with Dr. Dermot Hayes in collaboration with the Chinese Academy of Agricultural Sciences. 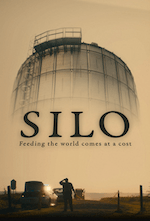 SILO is the first-ever feature film about a grain entrapment Inspired by true events, SILO follows a harrowing day in an American farm town. Disaster strikes when teenager Cody Rose is entrapped in a 50-foot-tall grain bin. When the corn turns to quicksand, family, neighbors and first responders must put aside their differences to rescue Cody from drowning in the crop that has sustained their community for generations.